It’s now been six months since rock slides closed the popular section of the American River Bike Trail just south of Negro Bar, and there’s still no firm date on when it might reopen. I first wrote about the closure just a few days after the slides happened in my post Storm Damages.

I took this photo in early January, before the big slides happened

And even though three months ago I swore I would never pass beyond the warning signs, I finally decided one early morning about a week ago to take a little stroll with my camera and carefully get a closer look at the damage to the bluffs and the bike trail. 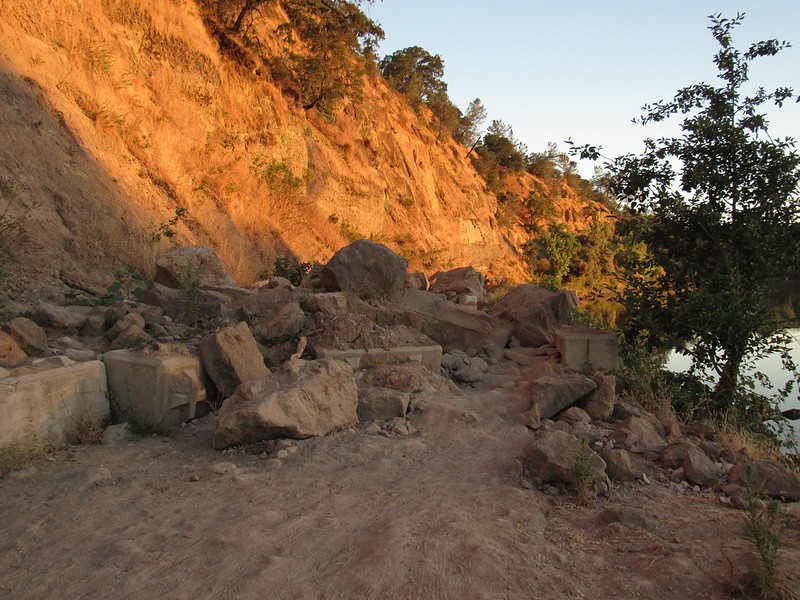 There are two main slides; the one pictured above is the smaller of the two, and it’s easily passable. It’s still pretty impressive though, because the heavy concrete blocks that used to be lined up along the base of the bluff have been scattered like children’s toys. 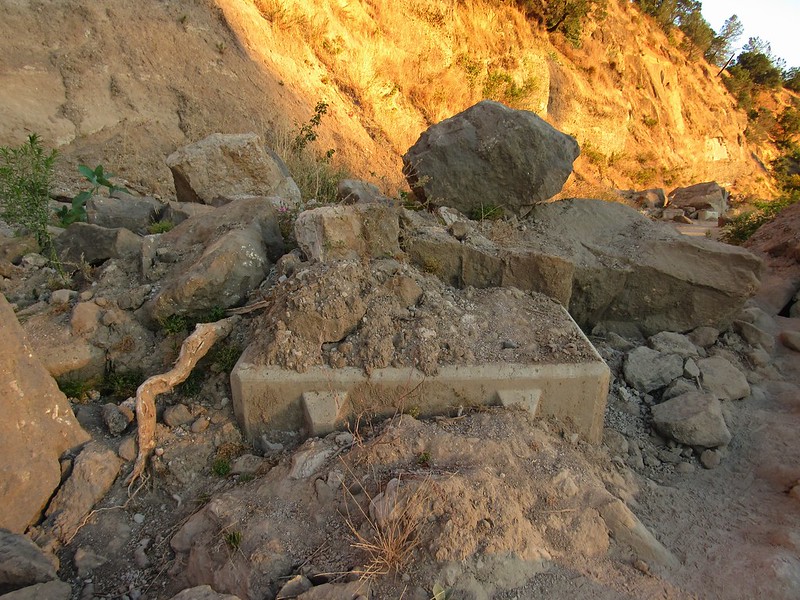 Here are a couple of images I shot in December 2014, for comparison. As you can see, these were also taken after a rock slide: 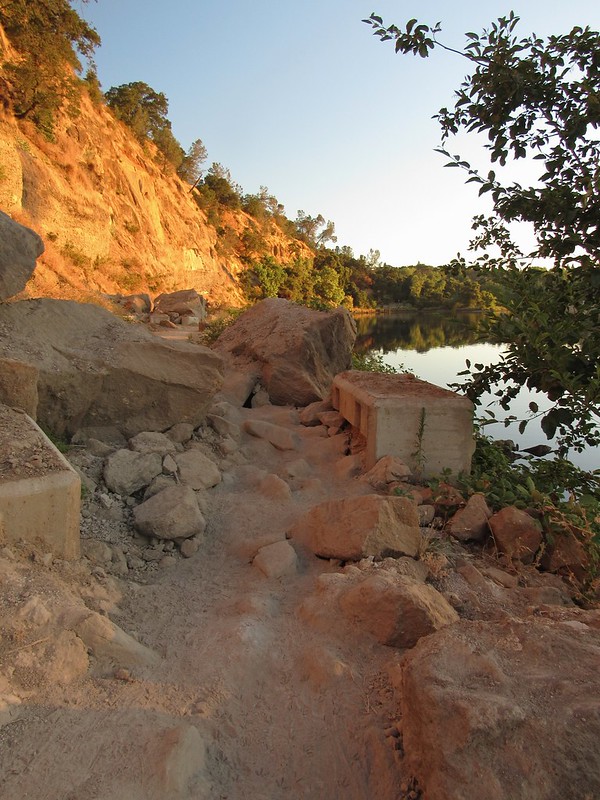 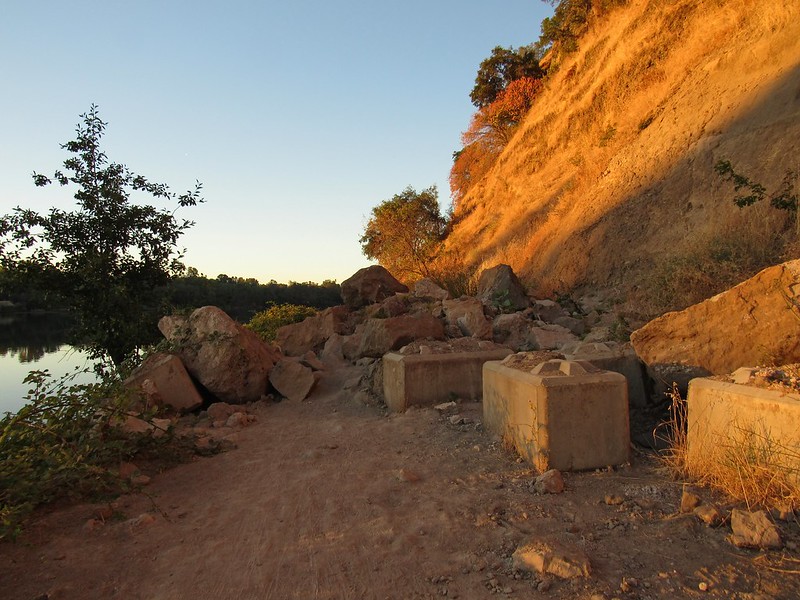 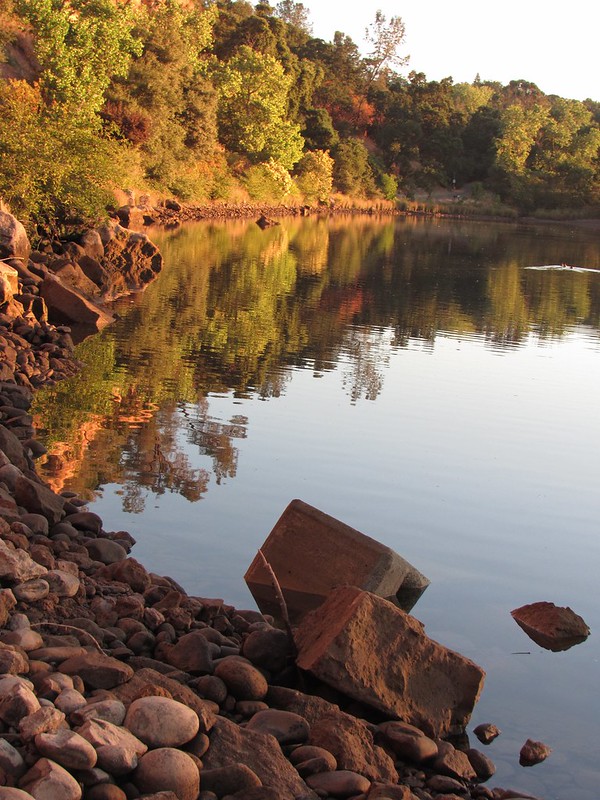 The bigger slide has blocked the paved bike path completely, pushing out past the lake shore. Bike trail users have created a new trail up over the fallen rocks, against the side of the bluff, to bypass the slide. 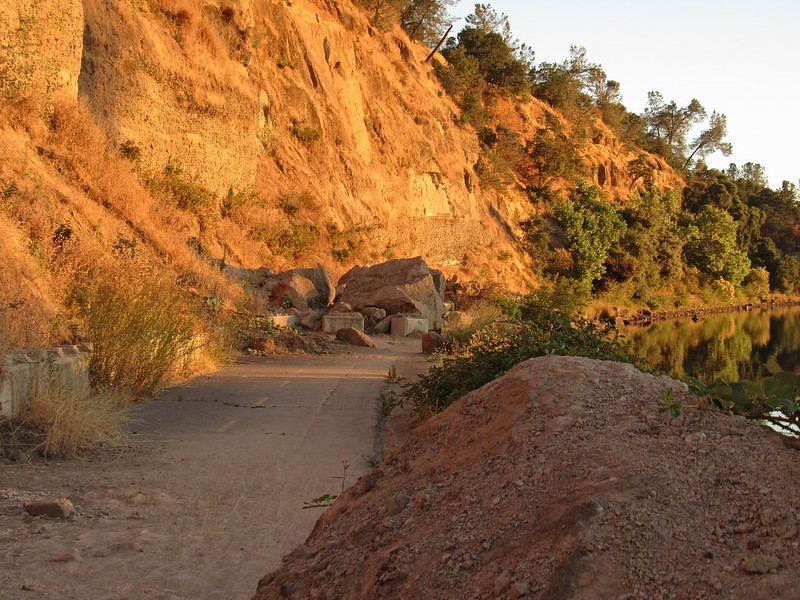 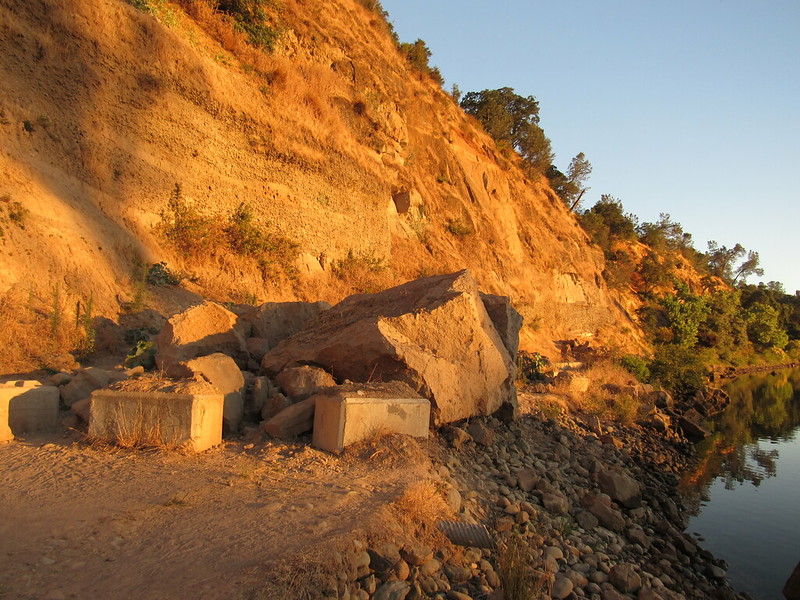 Maybe it was partly because the sun hadn’t completely risen or because I was the only person anywhere in sight, but just being so close to the damaged area gave me a spooky feeling. Having visited the slide now and examined it up close, I can promise you I’ve satisfied my curiosity! I don’t think I’ll be going back until the area is more stable and is safe to use.