All the way north to Vancouver, B.C., and back we had overnighted at various KOA campgrounds; but along Highway 97 in the middle of Oregon there were no such places to be found. Instead, we stopped at Corral Springs Campground in the Fremont-Winema National Forest. The spot could best be described as primitive; there were two vault toilets and no running water, and we saw no other vehicles or campers during our brief stay. In my notes I recorded that “it was small and had lots of mosquitos,” which coincides with the Forest Service’s information: “June and July are heavy mosquito months so bring bug spray.”

Sleeping alone in my tent seemed more of an adventure under such circumstances. “I woke up about 6 AM and heard noises outside. One was far away and sounded like someone yelling, but it kept on so I decided it was a bird. Then I heard something walking around the tent. I couldn’t see it, but later we found fresh deer tracks.” At one point I also found a porcupine quill tucked into the hem of my jeans.

I was very happy to load up and move on the next morning toward Crater Lake, where the wild creatures were smaller and more approachable — eager, in fact, to eat right out of our hands. 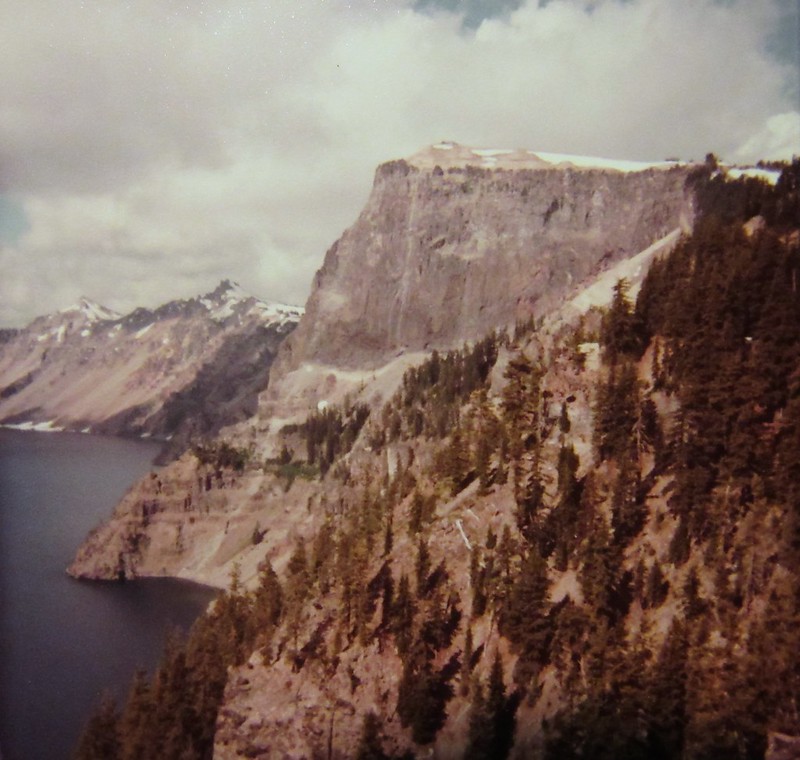 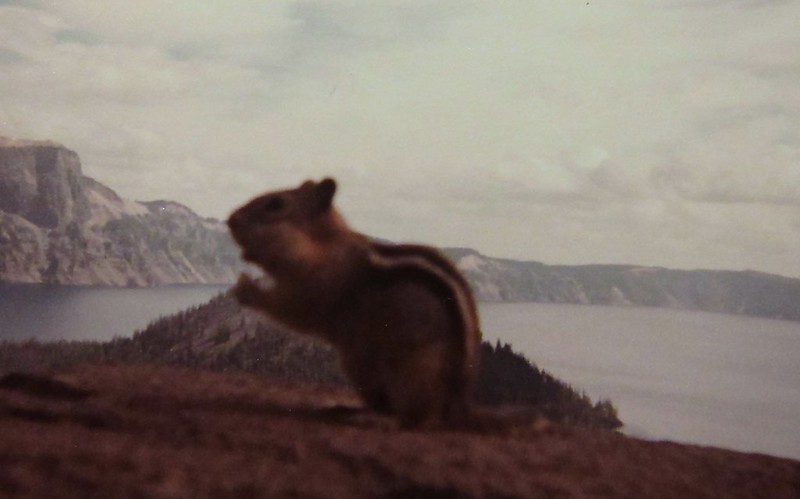 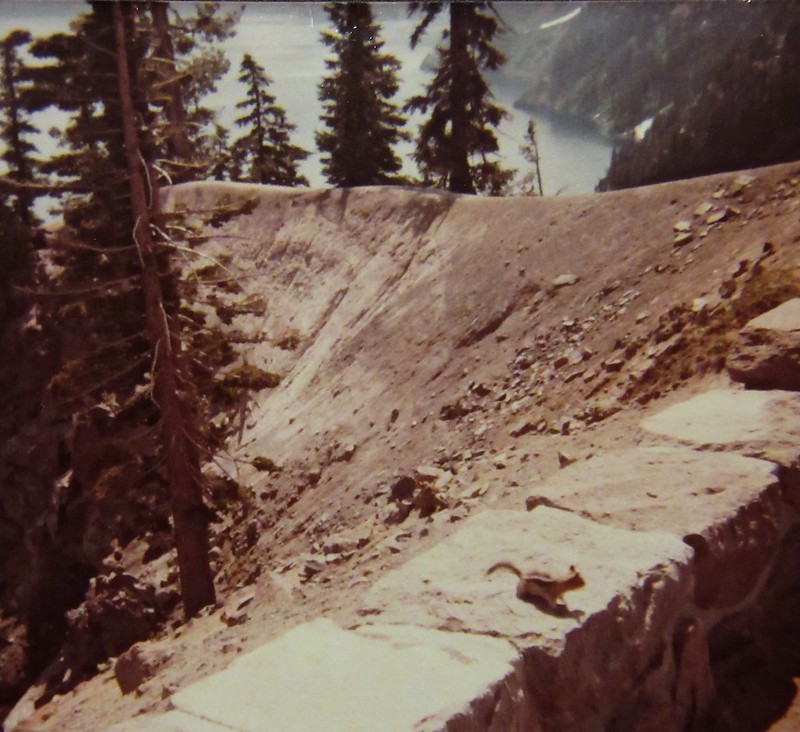 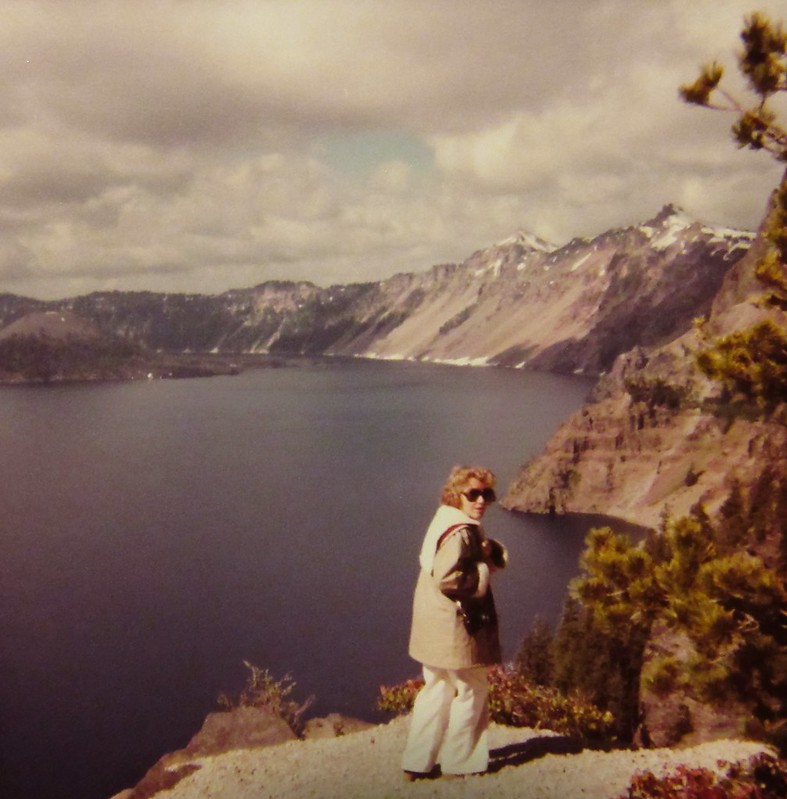 We stayed long enough to take pictures and ponder the incredible history of the Mount Mazama volcano… and then we drove on south. We had one more night on the road before we reached home again. Our final stopover, on the night of July 4th, was near the foot of another volcano, Mount Shasta. Luckily, there were no fireworks from the mountain, but I still had trouble getting to sleep “because the kids were running all over, yelling, and then setting off firecrackers. It ended at about 11:30 PM.”

My dad was probably relieved he wouldn’t have to deal with setting up and tearing down my tent anymore. Now that I think back on it, I wonder why he didn’t make me do it for myself! I guess I was very lucky to have a dad who cared about getting it done right. 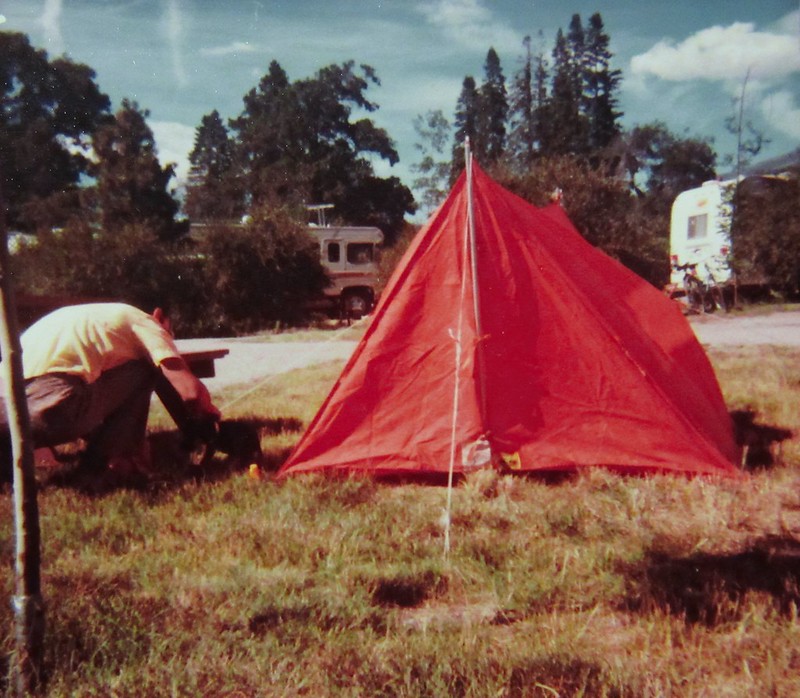 Penny slept in the van with my parents, but she was also curious about my orange “pup tent.” You can barely see her in the picture above, right next to my dad. I think she enjoyed this trip as much as the rest of us, and she was just the perfect size and age to be a fun travel companion on our long road trip.

Playing tug-of-war with an old sock on a chilly evening in Washington: 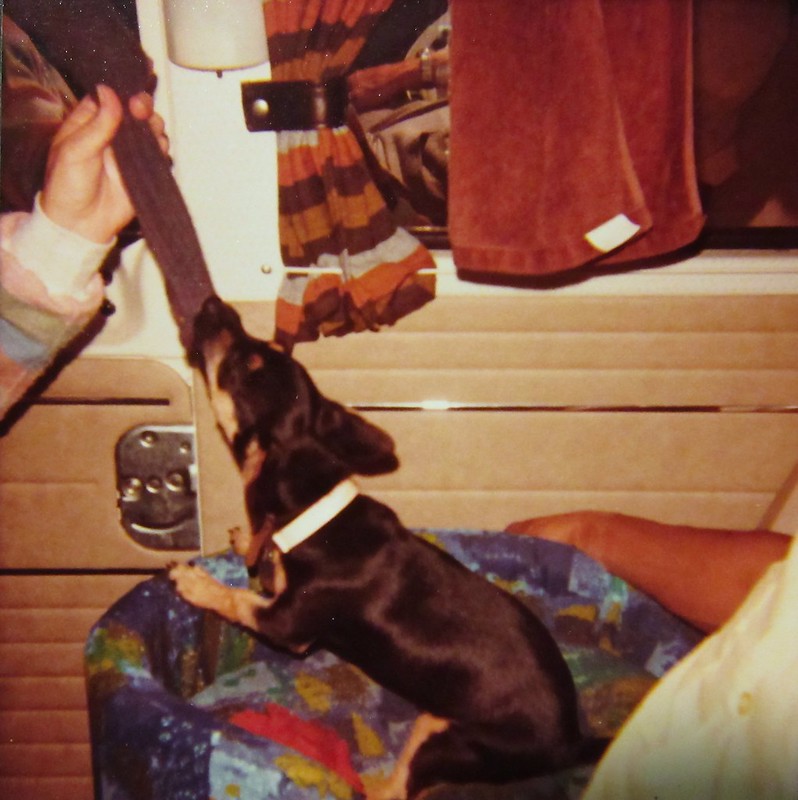 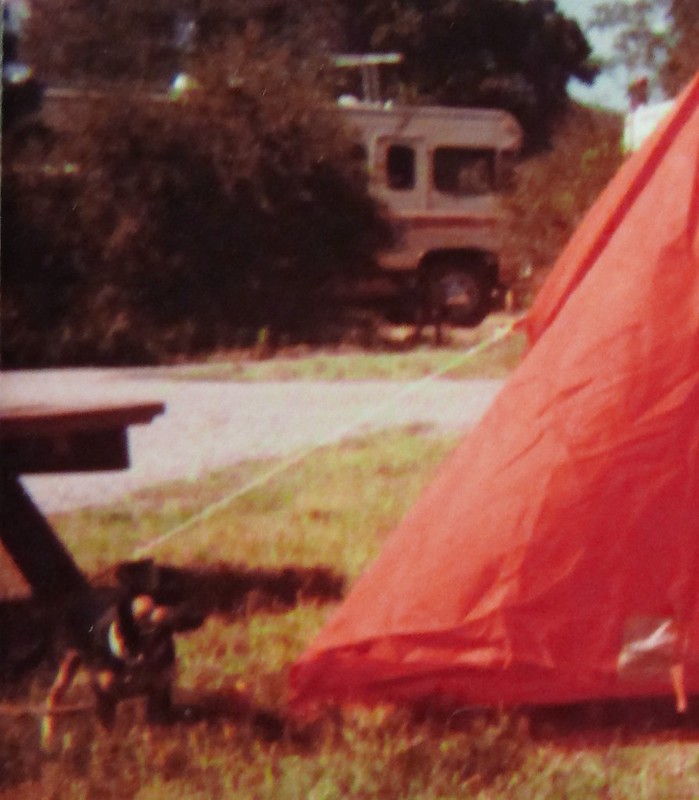 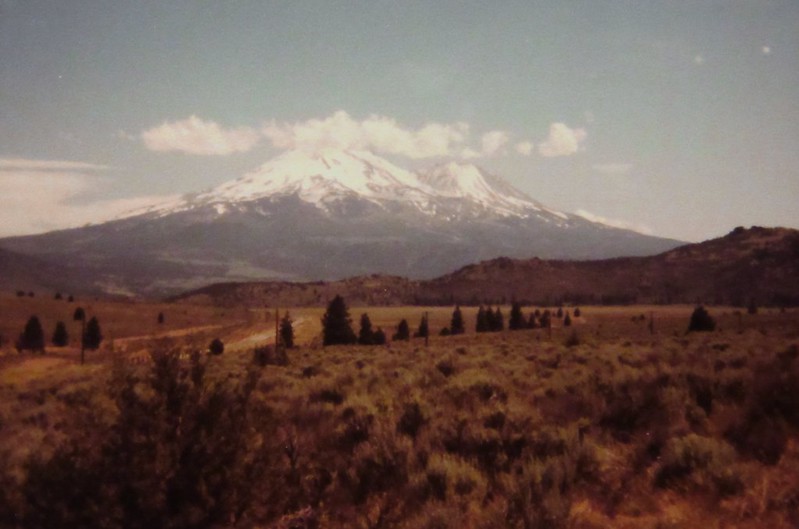