The theme for Cee’s Fun Foto Challenge this week is Good and Bad.

Good and bad is a matter of opinion most of the time.  In old Western (US) the good guy always wore a white hat where the bad guy wore a black hat.  Show us what is good and bad in your eyes.

First, here are two photos of the same plate, taken one year apart.  The first was taken with a cheap Cobra digital camera on a bright sunny day, with the sun at just the wrong angle.  I couldn’t change my position, so I shot the photo anyway.

The second photo was taken a year later, with my beloved Fujifilm Finepix AX, and I was lucky enough to have just enough overcast so the plate didn’t get washed out this time, and it showed the colors very nicely.

Another type of Good and Bad:
I took these photos yesterday afternoon, not long after our electricity went out (along with 43 other houses in our neighborhood).  The sky to the northwest was black, and yet the sun was shining on the trees.  This series of storms has brought much-needed rain, but has also resulted in power outages, rock and mud slides, avalanches, and flooding.  There’s always more than one side to the story! 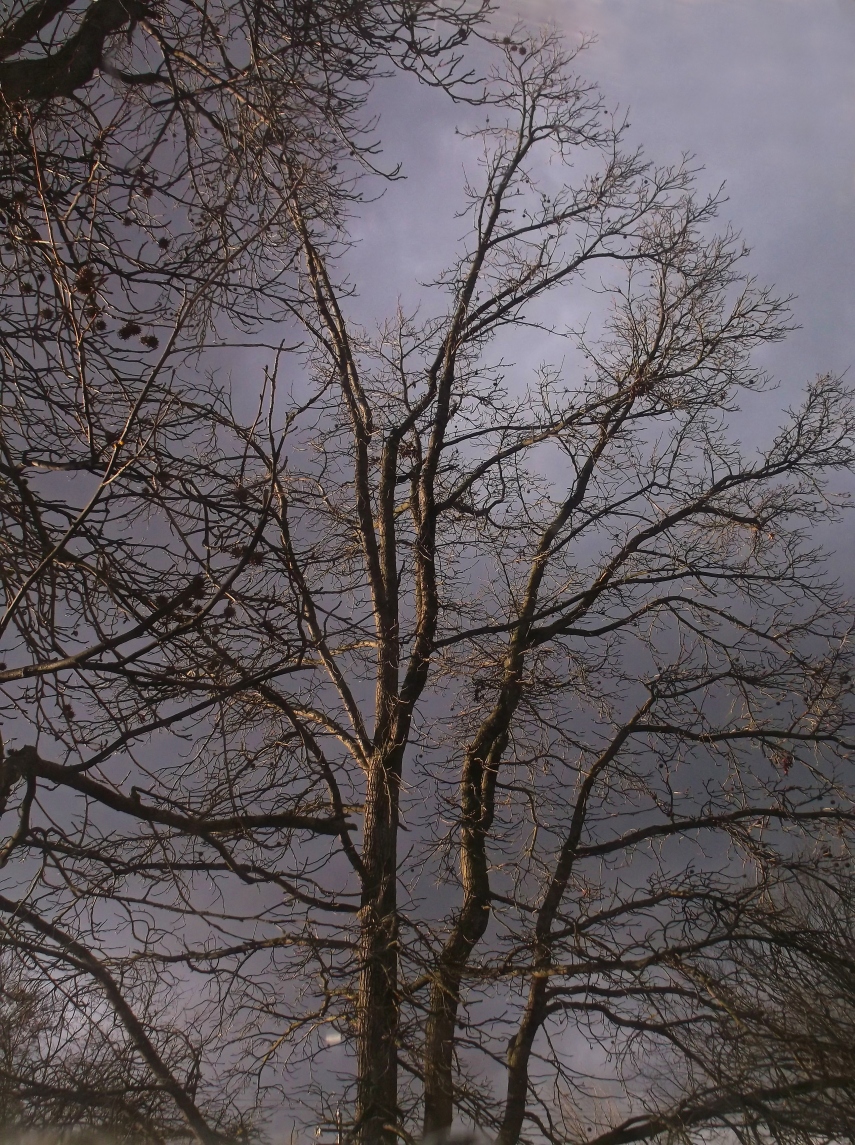 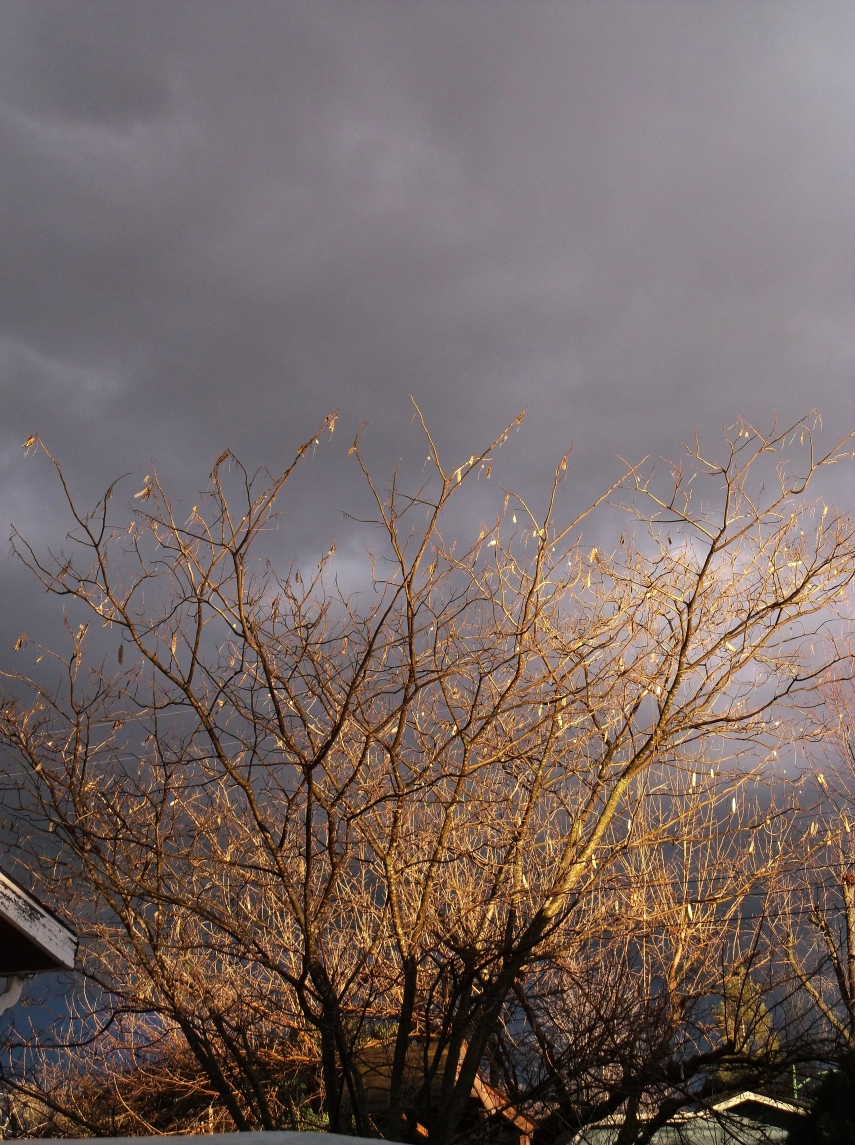 P.S. – Our power was out for nine and a half hours.  We had an adventurous dinner last night, prepared and eaten by flashlight — cold turkey sandwiches and beans heated on the Big Guy’s propane camp stove.  Power was finally restored at 1:30 AM! 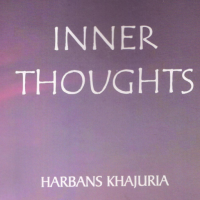