The Daily Post Weekly Photo Challenge for the week of August 30, 2017.

This week, share with us the structure of something typically overlooked.

One of my childhood memories involves driving to the Bay Area to visit relatives; to get there and back we crossed over the Carquinez Strait near Vallejo via a pair of matching cantilever bridges, one for eastbound traffic and the other for westbound. Every time I saw the structure of these bridges, I thought of giant Erector sets.

Commuters don’t usually spend a lot of time examining the intricate details of the bridges they cross — as long as a bridge is solid and gets us where we want to go, that’s good enough.  Certainly as a young kid I had no idea that one of these bridges (the westbound one) had been in place since 1927. The eastbound span was built in 1958 when traffic became too much for a single bridge. 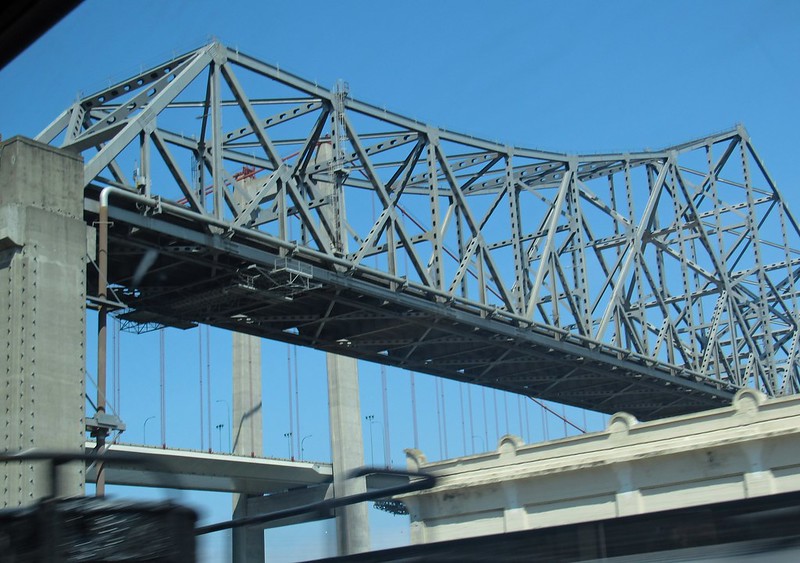 That original 1927 bridge is gone now, dismantled in 2006-2007 after it was judged seismically unsafe. In its place stands a suspension bridge named the Alfred Zampa Memorial Bridge; it was built in 2003 and, just as its predecessor, carries westbound traffic. For the present at least, the 1958 cantilever remains standing with its eastbound freeway lanes. They’re a mismatched pair, but thanks to repairs and upgrades to the cantilever structure, it should remain in service for a good long while yet. 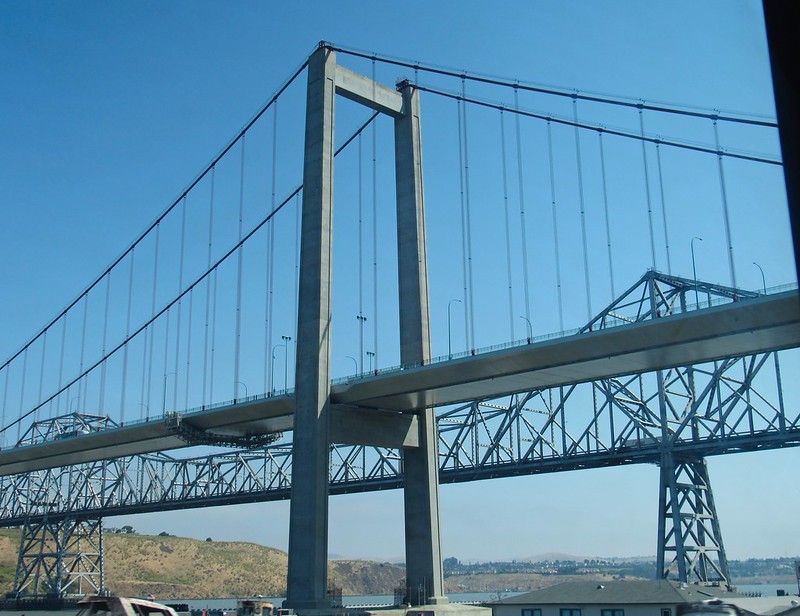 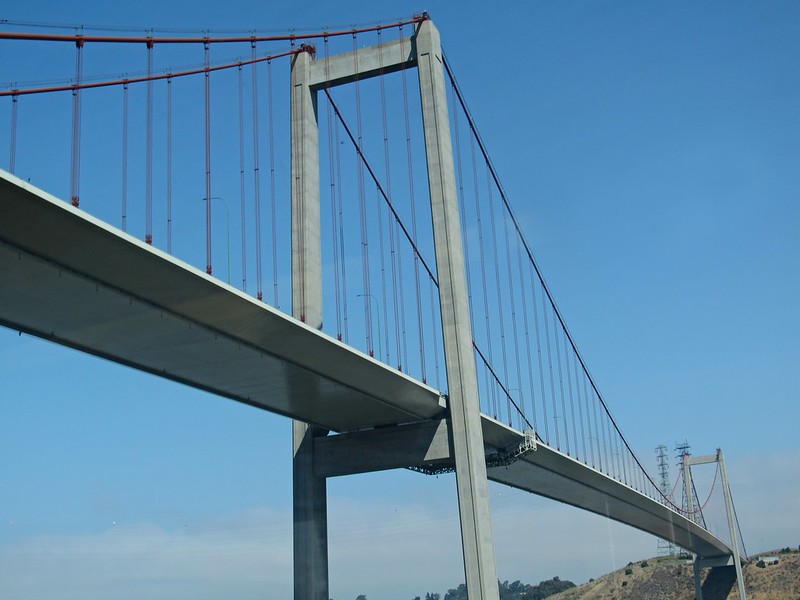