Heading over to the coast, minus the dogs this time but accompanied by John, one of The Big Guy’s college/fishing buddies. We traveled in an old VW microbus formerly owned by The Big Guy’s older brother. What it lacked in comfort it also lacked in power, and we barely made it up some of the hills along our route — I believe we had to stop once or twice to let a long parade of impatient cars go by. But eventually we arrived at the ocean, set up our camp, and got ready to start fishing for surf perch. 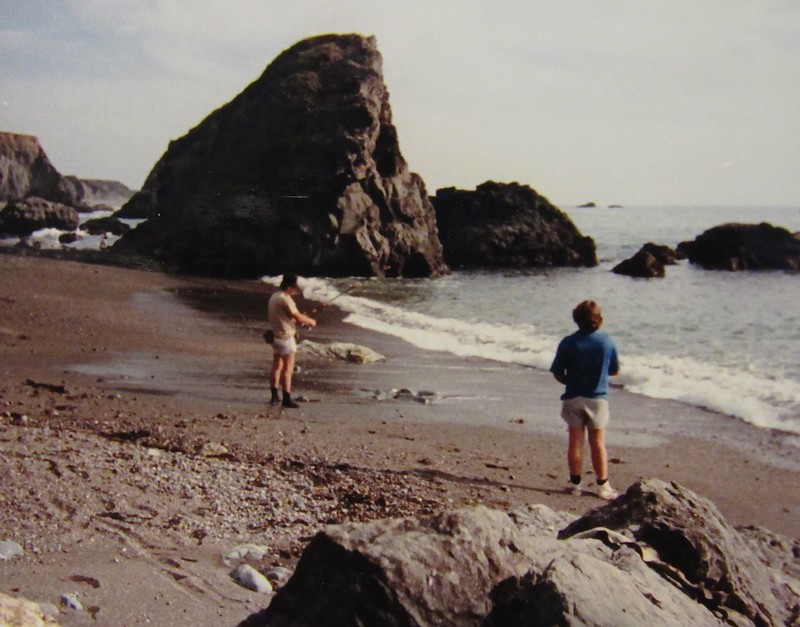 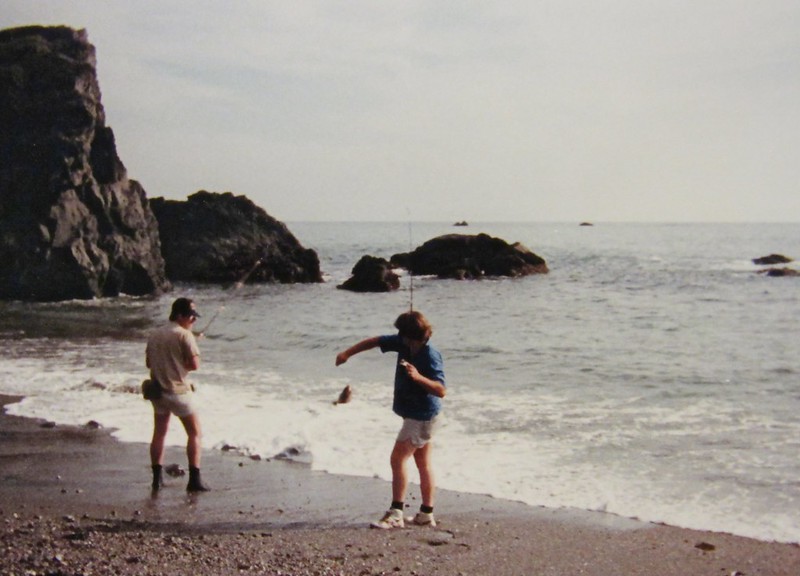 Dogs seem to be drawn to The Big Guy, even when they belong to strangers! 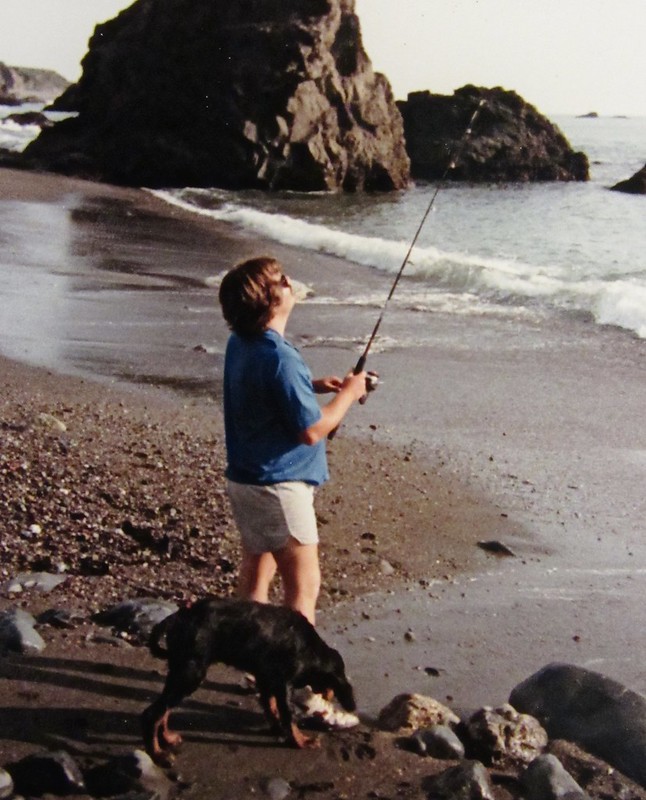 John with his telescopic surf rod: 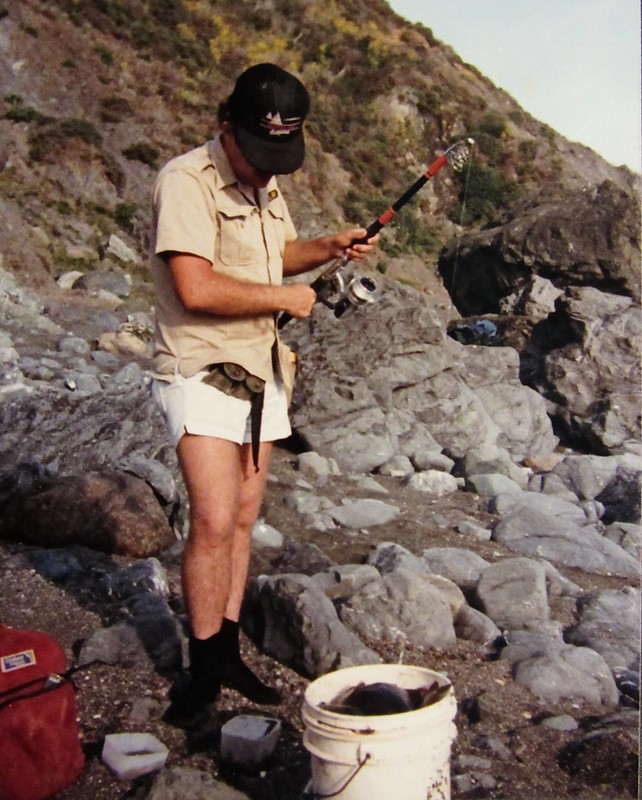 The guys usually used live ghost shrimp for bait and tied them carefully on the hook with sewing thread. It was a bit time consuming, but it got good results. 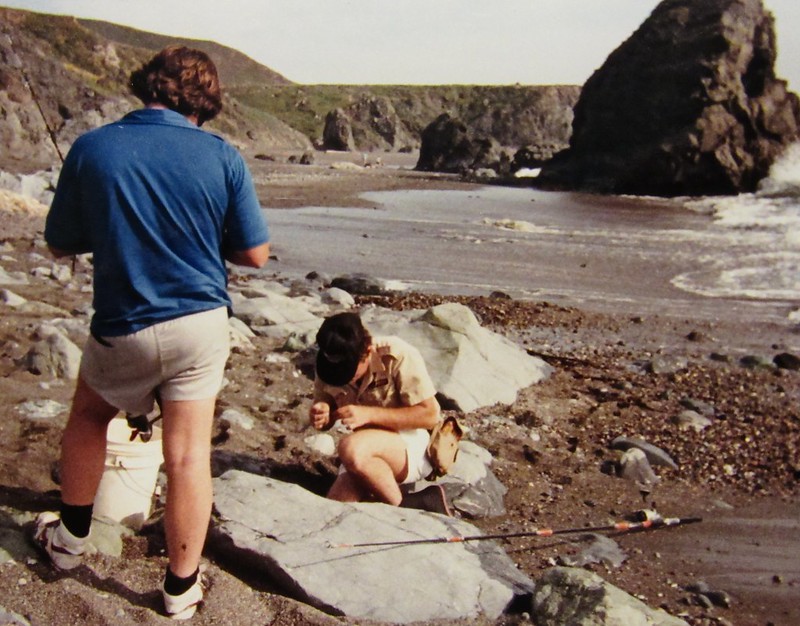 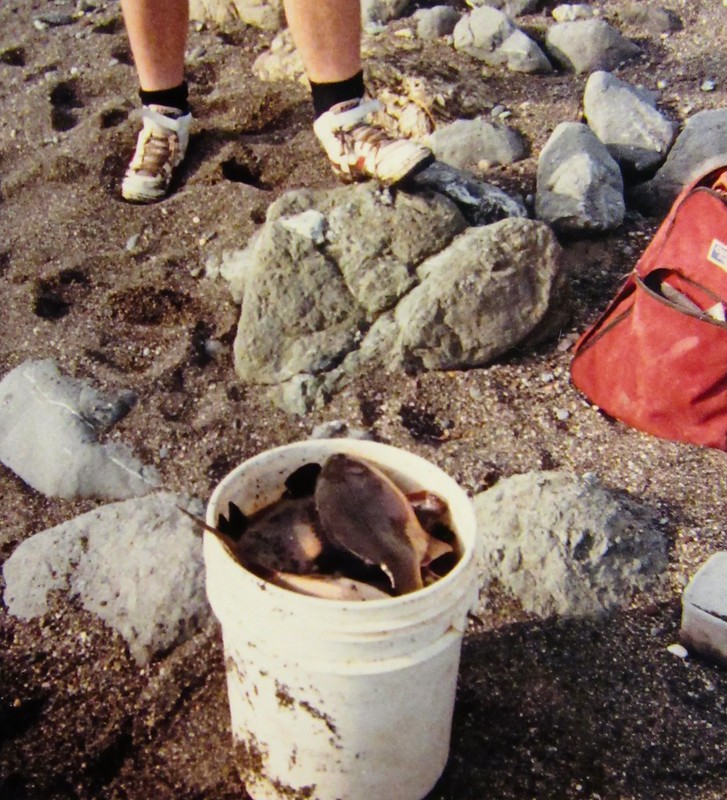 Rest assured that we poor college students ate and enjoyed every one of the fish caught on those expeditions! It wasn’t until later that we could afford to “catch and release.”